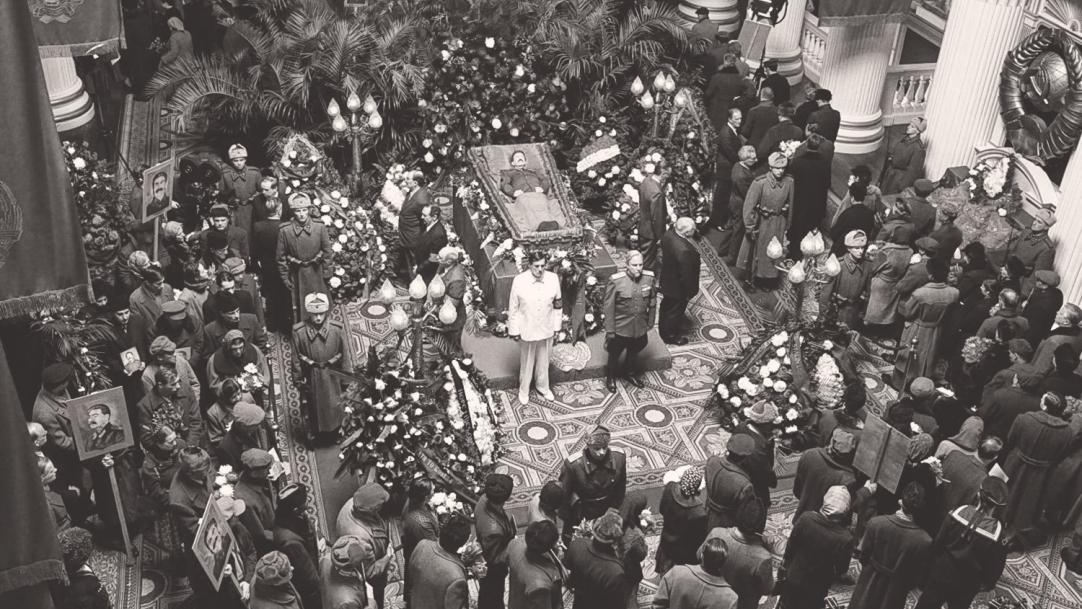 Just before 8 A.M., the papers were brought in by the little old delivery woman. There, in the middle of Pravda's and Izvestia's front pages, was a short medical bulletin announcing that Stalin had suffered a cerebral hemorrhage. According to the bulletin, which was signed by the Minister of Health, A.F. Tretyakov, and by nine examining physicians, Stalin was unconscious and partly paralyzed. His condition was critical. The attack had occurred on the night of March 1-2, ''in his quarters in Moscow'' - that is, in the Kremlin. It was now Wednesday morning. The news had been held up more than 48 hours...

Another question occurred to me as I pounded out my bulletins, sending them at the ''urgent'' rate. Stalin had arrested the doctors who had looked after his health for so many years; now his life lay in the hands of new and unknown physicians. Was this just an ironic twist? The next two days run together in my mind. I crisscrossed Moscow, talking to the diplomats - Americans, British, French. I broke my rules and talked to Russians in the street. They were very reserved. They did not know whether Stalin's illness was good or bad for them, and they were not going to discuss it with a foreigner.

I went to the Moscow synagogue on Arkhipov Street and heard Chief Rabbi Schliffer call on the congregation to pray for ''our dear leader and teacher, Iosif Vissarionovich Stalin.'' The rabbi decreed a day of fasting and prayer -this for the man who had just unleashed an anti-Semitic campaign, filling Soviet Jews with terror of the unknown still to come.

I went to the great Yelokhov Cathedral and heard the Russian Orthodox Patriarch, Aleksei, lead the congregation in solemn prayer for Stalin. ''All the Russian people and all people everywhere pray to God for the health of the sick one,'' he intoned. Hundreds of candles burned before the altars; young men and women joined their elders in crossing themselves. Shudders ran down my back as I watched the people sink to their knees in prayer for the man who had desecrated Orthodox churches by the hundred.

In Moscow, Chief Rabbi Jacob Schleifer today proclaimed a day of fast and prayers for Stalin. Spiritual heads of other faiths have issued similar proclamations.